It’s Official: You are DRINKING a NeuroTOXIN

Now that evidence is emerging from multiple sources, there is less and less doubt that adding fluoride to municipal drinking water is TOXIC; causes DENTAL CARRIES,  DAMAGES HUMAN BRAINS, and damages bones.

Originally it was dentists who championed the crazy notion of adding toxic fluoride to municipal drinking water. Following the encouragement from a number of public relations groups which had no science to support the practice, pouring fluoride, (industrial chemical), into municipal drinking water systems became a fad and a free-for all and eventually  fixed, firm belief among city councils. Today, if anyone challenges the idea of drinking this industrial chemical despite its potential toxicity, they’d be branded a conspiracy nut. Well, count me in.

“We would not purposely add arsenic to the water supply. We would not purposely add lead. But we do add fluoride… fluoride is more toxic than lead and slightly less toxic than arsenic.” [Source:  Dr. John Yiamouyiannis, in interview with Gary Null, 3/10/95. His statement is referenced in the Clinical Toxicology of Commercial Products, Fifth Ed., Williams and Wilkins.]

More than one doctor is speaking out against adding fluoride to municipal drinking water.

Here’s a few more tidbits to drink about…

The Canadian Environmental Protection Act classifies Hydrofluorosilicic Acid, [the stuff many municipalities add to their drinking water], as a persistent, BIO-ACCUMULATIVE, TOXIC substance. [Bio-accumulative: your body doesn’t eliminate it easily. So, your liver better be in tip top shape since that is your body’s filter]

In 1968 DENTISTS even tried to act as engineers in advising that fluoride was not corroding municipal water pipelines. Authorities on municipal pipelines stated, “…fluoride ions contribute to corrosion to the same extent as at the same concentration chloride and sulfate ions…” [Source: Internal Corrosion of Water Distribution Systems, 2nd Edition, American Water Works Association Research Foundation; 1996].

DENTISTS  FINALLY did a study on the effectiveness of drinking fluoridated municipal water in the fight against dental fluorosis. And, oops! Egg on their face.  “Greater fluoride intakes from reconstituted powdered formulas (when participants were aged 3-9 months) and other water-added beverages (when participants were aged 3-9 months) increased fluorosis risk, as did higher dentifrice intake by participants when aged 16 to 36 months.”  [Source: “Associations between fluorosis of permanent incisors and fluoride intake from infant formula, other dietary sources and dentifrice during early childhood”. by Levy, Broffitt, Marshall, Eichenberger-Gilmore, Warren JJ.  Oct. 2010, 141(10):1190-201.]

While on the subject of dentists and young children, here’s a warning directly from the CENTER FOR DISEASE CONTROL, (CDC):  “For very young children, less than 2 years old: Do not use fluoride toothpaste… You should clean your child’s teeth as soon as the first tooth appears by brushing without toothpaste with a small, soft-bristled toothbrush and plain water.  For children aged 2 to 6 years, apply no more than a pea-sized amount of fluoride toothpaste to the brush and supervise their toothbrushing, encouraging the child to spit out the toothpaste rather than swallow it.” [Source: http://www.cdc.gov/fluoridation/safety/dental_fluorosis.htm ]

Then there’s the matter of wasting tax dollars.

If it were up to me, I’d encourage my city council to BAN the practice of adding fluoride to our municipal drinking water. Come to think of it, I did encourage them to stop.  I plan to try again.

[Note: I am not a doctor nor scientific researcher. The information presented here about fluoride in municipal water is done so for information purposes. Before you change any dietary habits, prescriptions, or therapies, especially where it may affect children, be sure to consult with your doctor…not just your dentist…And…maybe do some of your own research!!] 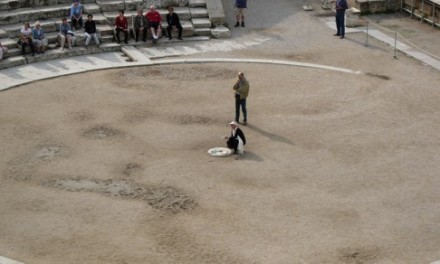 The Skinny About Eating Fats.