Nighttime athletes and pedestrians, who dress in dark clothing, are not the world’s brightest athletes or walkers!!

Drivers have difficulty seeing them in time to avoid accidents and fatalities.

Though athletes and pedestrians can see the bright lights of an approaching vehicle, they don’t realize, or care, that from the driver’s perspective, at night a typical driver almost can’t see them. Here’s a dose of common sense: at night, dark objects are difficult to see. [D’uh!] And, at night, people dressed in dark clothing are difficult to see.

The world’s  SMARTEST RUNNERS/CYCLISTS  show the world they are BRILLIANT by making their presence known to the world– their brilliance shines. Quite literally, the smartest athletes make it a point to SHINE AT NIGHT:

Mixing with vehicular traffic in dark Ninja-like clothing places a person among the “STUPIDIST” PEOPLE ON EARTH.  Zero I.Q.

The paradox is amusing.

By day, these athletes care for their bodies in extraordinary ways. Yet, at night, they throw themselves to the wolves, so to say, by unwittingly exposing themselves to life-threatening dangers by wearing dark, nearly un-perceptible clothing that does not CONTRAST with the darkness of surroundings, especially along the roadway or at intersections. SAME WARNING GOES FOR PEDESTRIANS. People!  Be brighter. Wear light.

Sooner or later vehicles will collide with runners, cyclists, (and pedestrians), who do not wear bright-colored and/or reflective clothing at night. TIP: be highly visible by donning bright or reflective clothing at night to avoid being struck by a 4,000-pound vehicle, the speed and mass, of which will make mince meat of a 180 pound squish-able runner, cyclist or pedestrian.

If you exercise or walk at night, give some consideration to how human vision works at night.

Though you, as a pedestrian, runner, jogger, can clearly see the approaching bright lights of a vehicle because those lights stand out, (contrast), so brilliantly from its surrounding darkness, you may think the driver can see you from hundreds of feet away. Well, wake up. Drivers can’t see you all that well at night.  If you are wearing dark clothing, they can’t see you until it is too late for the driver to safely take evasive action.  Here’s another tip.  If you can’t see the FACE of the driver, then, likely the driver can’t see you until it is too late. Simple science: DRIVERS CAN’T SEE YOU AT NIGHT if you don’t contrast from your dark surroundings.

Try it at night.

How to NOT BE SEEN is called the art of camouflage. By blending with the background, (dark clothing at night),  one becomes nearly invisible. At night, athletes and pedestrians should avoid being camouflaged!!

You must wear LIGHT clothing, preferably trimmed with RETRO-REFLECTIVE material.

RETRO-REFLECTIVE is even BRIGHTER.

RETRO-reflective, as the name suggests, RETURNS the bright lights of the approaching vehicle BACK TO THE DRIVER, allowing the driver to see something bright ahead. Clever runners’ clothing manufacturers will use RETRO-REFLECTIVE fabrics to outline the silhouette of a human figure so drivers have a clue that it is a person ahead, visible for hundreds of yards/meters ahead.  I can’t emphasize enough: Dark clothing is nearly invisible until it is too late to avoid a disaster.

If you don’t have clothing trimmed in RETRO-REFLECTIVE materials, then default to the next best colored clothing for nighttime visibility:  WHITE or YELLOW.

What about those bright FLUORESCENT orange and lime-green vests, aren’t they good for visibility at night?  They may not help make you any more more visible at night.  They work best when there is large amounts of Ultra-Violet light–at dawn or at dusk or for great contrast during the daytime when the sun emits plenty of UV light, or on cloudy days.  But at night, when there is almost no U-V radiation (light), they are much like any other “normal” yellow or orange clothing.

WHY YOU NEED TO BE A BRIGHTER PERSON…at night:

So, you can no longer use stupidity and lack of common sense as your excuse. There is no reason to run, walk, or cycle, on the side of a road at night, even if you face oncoming, when viable sidewalks and bike paths exist.

One runner tried to convince me that he had to run on the pavement because it absorbs the foot pounding and provides more protection than running on a sidewalk. Really? That’s why some of the world’s most brilliant designers are engaged to make “running” shoes…That is, for running on HARD SURFACES such as sidewalks.

If pavement of the roadway has to be solid enough to support 4,000 pound vehicles and massive trucks weighing many time more than that, it certainly won’t be squishy enough to provide cushioning for a 180 pound runner. Sidewalks were designed to keep 180-pound humans, or any other human of any other weight,  safe from vehicular traffic.  Sidewalks are expensive to make but are a great safety feature where available. So, use them.

Now you know.  You are an IDIOT if you mingle with vehicular traffic while you wear dark clothing at night.

If you are a parent:

BRIGHT athletes and pedestrians wear LIGHT and BRIGHT at NIGHT.

At night, only LIGHT is RIGHT. 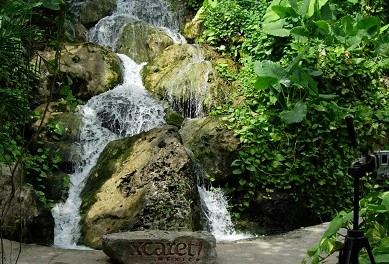