SiBoNi: the Death of GRAPHENE.

Did you know that, that “lead” in a pencil is not?  It is a mixture of graphite and clay–graphite is merely carbon.

Scientists are very excited by the potential technology emerging from processing graphite. In short, when graphite undergoes some very complicated and challenging processes to be purified and converted into graphene, a one-atom thick, atomically-hexagonal “sheet”, it presents the world with exciting properties and the potential for innovations across almost every industry. Graphene is touted as the “go-to” material of the future.

When nanotubes are added, graphene becomes 10x stronger than steel, making graphene the strongest material in the world. They are also experimenting to make graphene electrically conductive for future possible use in such things as sensors or even household lightbulbs. Despite all the great possibilities associated to graphene, it fails as a semiconductor in digital technology. Because of limitations of graphene, scientists are searching for something better. They may have just found it.

It’s named… Well…uh…I don’t think scientists have yet named it?  So, let me tell you what it is by describing what it is GOING TO BE made of.

This new technology is GOING TO BE a one-atom thick combination of silicon, boron and nitrogen. [Hey! Let’s give this a name for now. Let’s call it: “SiBoNi“.]

“SiBoNi” appears to be an innovation miracle. According to the news release, it WILL BE made of readily available materials. It WILL BE cheaper than graphene. It WILL BE  suitable as a semi-conductor. The digital technology industry WILL welcome it for lighter, thinner, more microscopic electronics. “SiBoNi” even promises SOMEDAY to re-invent nanotubes and therefore will even give nanotechnology a boost. One little problem. It does not yet exist in the real world.

So far, this has just been a mathematical construct, something that exists in theory based on number crunching and modelling within large computers. Though this promises to be a great discovery, “SiBoNi” is still merely a theory, a thought. But in the near future it will be turned into a real product. The University of Louisville is promising to run the experiment in their labs to create a product. Once scientists can touch, test, and experiment with a real product, they expect to discover some fascinating applications for it, likely whatever graphene can be used for and much, much more, including microprocessing.

How will this new theory-turned product reinvent technology?  Anytime something can be made from materials that exist in abundance, are easy to get to, are cheap, are near, are convenient and if that product is the most superior product in the world….that has to scream “opportunity”!  Graphite mining companies may be feeling the pending earth-shaking tremors from the potential of “SiBoNi” to disrupt the graphite and graphene industry.

I’m sure we will hear much more from this soon-to-be-product that we’ve temporarily named “SiBoNi“.

Teach Self & Elderly Parents To Switch off AUTO-PILOT. 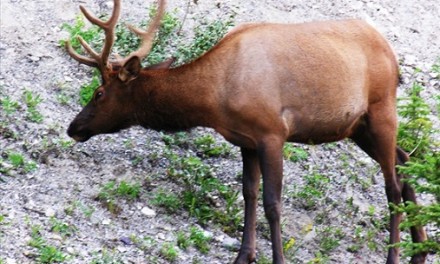