[WARNING: BEFORE MAKING ANY FINANCIAL DECISIONS seek the advice of a professional advisor such as a Certified Financial Planner or Analyst. I am not!  This Nugget is not a recommendation. It is merely for information purposes.]

DEAD AHEAD. The multi-million dollar “MJ” boom in Canada, with sales to begin, October 17th.

There are almost 1,000 marijuana companies in Canada and one or more are likely to be the next Apple or Microsoft equivalent within that new, emerging sector.

I have been watching the stocks of these CANNABIS, (marijuana, “MJ”), companies and they have reached all-time highs and then crapped out “bigly”.  The cannabis stocks have almost all turned into lemons after reaching unjustified, high prices. Is NOW the time to turn these lemons into lemonade, as the the old adage goes?

The action among the many companies has been heating up. The pace is quickening. Acquisitions have been happening at blazing speeds. Permit approvals are abounding. Even license deals have flourished. In fact, I’d use the term wild to describe the frenetic pace at which cannabis companies are charging forward and preparing for the “launch” of the sector.

Today I came across the publicity release of Aurora Cannabis Inc. that prompted me to write this Nugget.

Aurora has just entered a licensing deal with Alcanna to open SPECIALTY STORES much like Apple Stores, Sony Stores, even Starbucks or Tim Horton’s (Canada). This is something I had not thought of for this sector. But, if a company has sufficient product breadth and can find an experienced, skilled retailer, it would make a lot of sense. Apparently Aurora is able to do just that. [I’m particularly happy to hear this news because I own some small amount of stock in Aurora.] 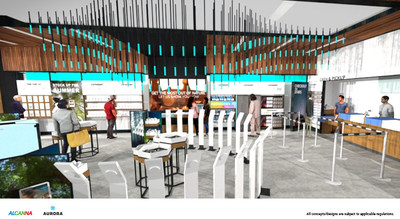 Aurora, and almost all other cannabis companies are well on their way with implementation of their MANY OTHER STRATEGIES, too numerous to even aspire to mention in a short Nugget such as this.

I’m thankful on behalf of Canada’s overall economy that Canada’s Prime Minister had the foresight to push through laws to create this NEW SECTOR of business, the cannabis sector. Timing could not be any more perfect, too.

Canada’s Federal Government trade negotiators are losing manufacturing and other export deals by screwing up international negotiations with USA over the NAFTA talks, and, as of yesterday, with Saudi Arabia, too.  Yesterday, (Aug. 7, 2018), I read that the Saudis were so insulted and angered by Canadian negotiators that they kicked the Canadian negotiators out of Saudi Arabia and even imposed sanctions against Canada. What’s at stake with this crushing and embarrassing loss? Jobs. Hundreds and even thousands of jobs related to manufacturing and export which will be negatively affected by the failed NAFTA and Saudi trade discussions.

Thankfully, the cannabis sector is coming along in the nick of time.

Jobs in this sector have been booming and will only mushroom upwards from here. Workers by the thousands will be required for processing, harvesting, quality assurance, packaging, merchandising, advertising, and on and on. Even research is going to take on a special focus within the cannabis industry when doctors demand proof of the benefits of medical marijuana for various chronic ailments like seizures, pain control, anxiety management, etc.

And then there is the future huge, gigantic, USA market opportunity. At some point the USA will remove marijuana from its list of forbidden items and will permit all states to go forward with legal medical and recreational marijuana. It’s inevitable. The question is when.  Even the World Health Organization is encouraging all countries to consider doing so by reminding all countries that marijuana is not an addictive drug like heroin so should not be treated with prohibition in the same manner as addictive and dangerous drugs. And when the USA market is available, provided the Canadian negotiators don’t screw that up, too, then there will be billions of dollars of potential opportunity available to Canadian companies permitted to export to USA…if and when…at that time.

So, right now CANADA is on the VERGE of a potential HUGE BREAKOUT MARKET INVESTMENT opportunity.

Here is a list of SOME companies in that sector. Remember: there are about 1,000 companies. So, if you want to invest your hard-earned money into this market sector be sure to consult your investment advisor.  The following, in NO PARTICULAR and NO SUGGESTED ORDER:

TALK TO A FINANCIAL PROFESSIONAL about this cannabis sector and its possible investment opportunities. We are getting close to October 17th. So, don’t procrastinate. You do not want to have regrets that you missed another “Microsoft” or the next “Apple” opportunity because of mere wishful thinking and inaction…Beware: all stocks, all investments, carry risks to the downside. So, be careful.

Below are some sample charts showing two years of daily price information up to today, Aug, 8, 2018.

NOTE: YES I do own stocks in some of the companies mentioned in this Nugget as well as other stocks in the cannabis industry. As the saying goes, “I’m all in!”… 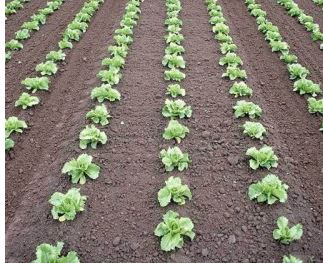 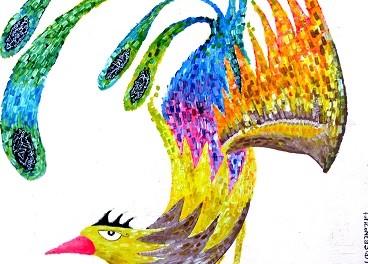