Become a MILLIONAIRE With POT? 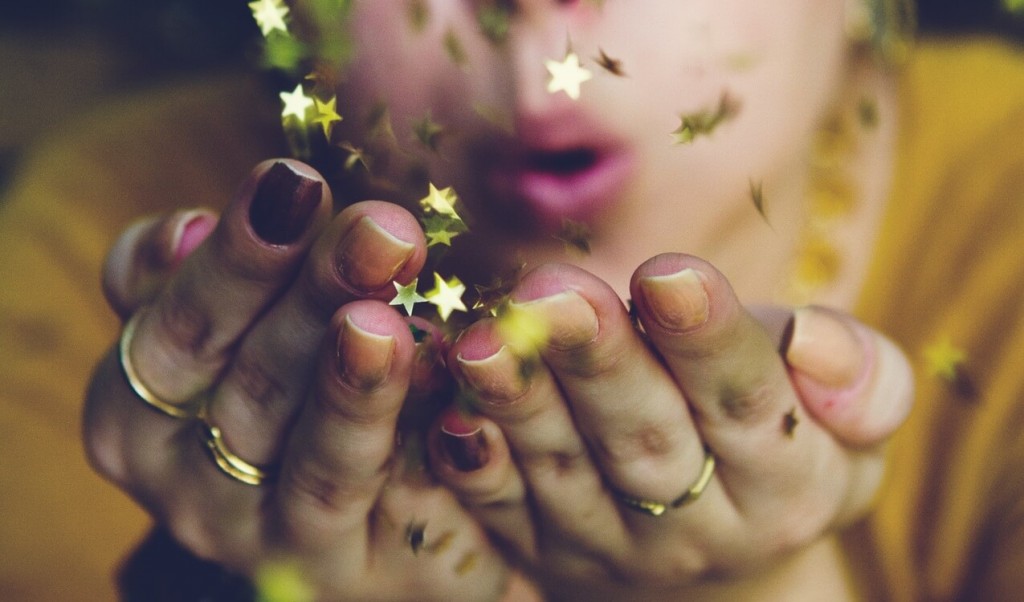 For both Americans and especially Canadians, as I write this, there remains 5 more calendar days before CANADA implements its legislation to legalize recreational marijuana. So what?

For those who are active traders and high-risk investors, they have already taken their large positions, large investments, and are merely riding out the typical whip saws, price rallies and pullbacks,  along the way to that magical-mushroom day.

In this NUGGET I am arguing that even if you are a concerned, long-term investor, it may be time to adjust your thinking, just a wee bit, to take a very close look at the legal marijuana market space that is about to open in Canada.  Certainly, I am not advocating that you derail, damage, or risk your long-term investment plans. But I am suggesting you recognize this opportunity for what it may be.  And, once you do, to then sit with a financial advisor, planner, analyst and have a serious discussion about your risk strategies.

Central to participating in this emerging marijuana market space is knowing what category of market space it is AND what particular companies to invest in. The latter is probably the more important of the two.

Before I go further, let me emphasize that you should NOT move FUNDS FOR YOUR RETIREMENT away from high-quality, dividend-paying investments. I am a strong proponent of PROTECTING YOUR  FUTURE INCOME STREAMS! Keep your investments as safe as you possibly can, safe to the degree of your risk tolerance.

Yet be aware that there MIGHT…may…maybe…emerge companies the likes of the early days of investing in a Microsoft, APPLE, GOOGLE, AMAZON, FACEBOOK, just before those companies became massive and produced millionaires.

On October 17, 2018, the Canadian government implements legislation that will create a massive PULL MARKET SPACE. There exists a massive market, estimated to be in the neighborhood of $4 to $5 billion, in Canada alone, just waiting for a supply of marijuana. Numbers are rough, of course, and the numbers vary all over the map. Canada’s alcohol market space runs estimates from $20 to $25 billion. Most people drink alcohol to get a buzz. So if we include numbers of people who will transition from alcohol to marijuana the marijuana market space might be much larger than the $4 or $5 billion.

WEED is big. Purchasers are anxious, and ready to buy. October 17 makes it legal to do so…in Canada.

Okay, assuming you do want to invest in a company, or in companies participating in this market space, what companies do you chase?

There are many theories on what companies to invest in, at this moment in time. So, beware. You need to know what you are doing or you must consult with a qualified planner, analyst to have a serious discussion.  It’ not as simple as saying, “move some of my money into weed companies”.

Traditional investors, such as large brokerages or mutual fund companies, will apply a safe or safer approach to assessing investments. They often suggest the use of FORMULAE based on earnings, profits, all of which are HISTORICAL RESULTS. Therein is the incompatibility with what is about to happen in about a week’s time. There is no reference point, sort of.

So, what do you do if you want to assess an investment in a company in the recreational marketspace which is about to break wide open?

The only thing you can literally BET ON, and it is a gamble –stocks are always a gamble– is the MANAGEMENT TEAM ITSELF and from that team, their CORPORATE STRATEGIES.

Volumes have been written about assessing management teams and corporate strategies, so, I don’t plan to go into them here. Not enough space and I’d be re-writing for hundreds of hours. I will suggest you have a discussion with your financial advisors about the management teams and strategies of any company you decide to invest in, in this emerging recreational marijuana space.

In the early days of Microsoft, Apple, Google, Amazon, Facebook, the management team was an unknown, possibly even weak.  However, they each had a powerful PRODUCT INNOVATION that was powerful enough to overcome any management team and any strategic weaknesses. So, each of those companies prospered beyond our wildest imagination because of their INNOVATION and an early ability to establish de-facto, (head honcho), position in the emerging marketspace. Here, in the upcoming recreational marijuana marketspace, there is no innovation. Marijuana is not a sudden surprise. People have used it for centuries. So, at this early moment in time,  we have no “innovation” as such, that will separate one company from the other.

Before we talk about management teams and how important they are, it may help to recognize how NEW MARKETS typically evolve.

First, there is a new product, an innovation.  That is followed by lots and lots of educating future users. Enough have to be educated to create the demand for the new-to-the-world product. Once that demand is growing and noticeable to other companies, hundreds or thousands of companies jump into the fray trying to unseat the originator of the innovation. The marketplace becomes crowded with competitors and knock-offs or modifications. Competitors literally stifle one another. Eventually 4 or 5 large companies control most of the marketspace and a handful of wanna-bes still run around kicking at the shins of those large companies.

This NEW legal recreational marijuana space is going to be a bit different.

Marijuana is not a singular product innovation like that enjoyed by Microsoft, Apple, Google, Facebook, et. al, in their early days when creating and building brand new demand in a new market. Instead, marijuana is not an innovation, there are hundreds of strains of marijuana and its been around for centuries.   Result?  Last estimate I saw, about 8 months ago,  Canada had nearly 1,000 companies preparing to do battle in this marketspace. That’s a lot of companies!

Pick the wrong company and your investment can simply evaporate. Pick the right company, and you may have yourself an early-stage Apple-, or Google-type company.

What determines which companies will rise to become and to survive as one of those 4 or 5 massive companies in the early stages of a new marketspace?  CASH.

It’s that access to cash that will let management teams deploy its strategies such as buying properties and technology to establish a production footprint big enough to capture the lion’s share of the market. Or, to develop clever marketing strategies and educational/advertising programs to burn, (pardon the pun), its brand firmly into the mind of potential consumers.

Speaking of “footprint”. When I think of “footprint”, I am actually thinking of FOUNDATION. The bigger and stronger the foundation, the higher and sturdier a building can be built upon it. For marijuana companies: does it have a strong, solid, large-enough, foundation to sustain itself in the near and long-term future?

My questions, above, are merely SUGGESTIONS. Everyone your speak to will have their own suggestions. You will have to do some hard thinking if you hope to pick the one or two companies to bet on for the upcoming recreational marijuana REVOLUTION. There will be no one magical “formula” when picking early-stage companies. Yet, you and I may benefit by applying some of the suggestions from the above NUGGET.

For me, I’ve been very busy doing some serious research of:

[WARNING: This NUGGET is for information purposes only and does not constitute a recommendation. Yes, I am invested in several marijuana companies.  I am NOT a financial expert. You should not take the risks that I do. Instead, you should protect your income streams and you should speak with a qualified investment expert such as a financial planner or financial analyst. Do not make any changes to your investment plans until you speak to a qualified financial expert!  I can’t stress this strongly enough!] 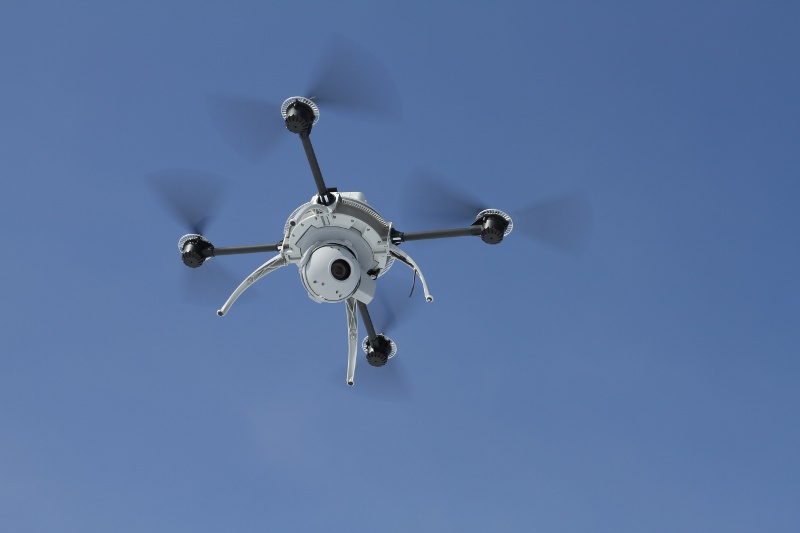 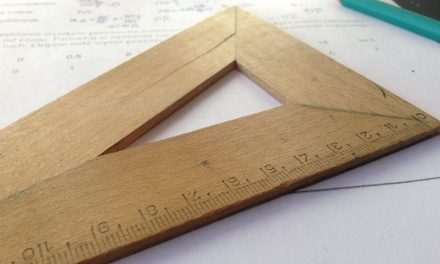