A TAX on Your Ice Cubes?

The Climate FACTS are being ignored by the mainstream media, though they are emerging in bunches!!

First, news leaks out that a CANADIAN COURT OF LAW proves that the data, for the notorious climate warming graph that is used by climate activists, is at best questionable. See End Note 1

Next comes this little gem that proves there has been ZERO climate change over the past decade, despite alarmist warnings by activists who bought into government Carbon-Tax-justifying propaganda.. See End Note 2

Before all that, the science that debunks climate change was published in a book that shook climate change scientists at their roots and that the governments around the world do NOT WANT YOU TO READ: THE DELIBERATE CORRUPTION OF CLIMATE SCIENCE, By Dr. Tim Ball. See End Note 3

In “corruption of climate science” Dr. Tim Ball explains how and why the science was being misrepresented to help feed politicians and their political agendas. Countries have now used that pseudo-science to impose CARBON TAXES on citizens. Those taxes are hurting the workers of the world. As a result of pseudo-science used for justifying Carbon Tax, and to intimidate citizens who challenge Carbon Tax, workers are paying higher costs of living, (forced inflation), for gasoline for cars, natural gas for home heating and even natural gas used to drive turbines to produce electricity that provides power to recharge batteries for powered devices including electrical vehicles.

Those higher costs of Carbon Tax is causing rising costs across the board. SHIPPING PRODUCTS from manufacturer to distributor, then to consumers, is higher because every step from obtaining raw materials, to running factories, to shipping goods, has to be piled onto the price, the cost of an item, for which we pay with our hard-earned income. Thus, weak science and your weak-kneed politicians are causing you to give the government more money, that, in turn, leaves less money for you, friends, family, and your life choices.

Governments around the world should simply be HONEST with the populace. As the saying goes, “Truth will eventually win out”. If the government wants to impose more taxes on people, just say so. Stop wasting billions on what amounts to desperate research to validate a new tax just to pound on any opposition from citizens who complain about paying too much tax…and there are a lot of us complaining.

As the facts emerge and eventually, when those facts get mainstream news coverage, governments will have to shift their arguments away from people-caused global warming.

Just in time, we are learning that the Sun is going through its many millions of 11-year cycles for cooling. There ya go. Another argument to be made by politicians for a “Cooling Tax”. I can’t wait to hear those arguments and that “science” that says people are starting to cause global cooling and the world will end in a few years if politicians don’t raise taxes to combat global cooling.

Good luck with that one.

Nonetheless, knowing how politicians connive to put their hands into our pockets for more and more tax dollars, the cooling argument is likely to result in some kind of refrigerator or ice-cube tax!!

3- The Deliberate Corruption of Climate Science, By Dr. Tim Ball. 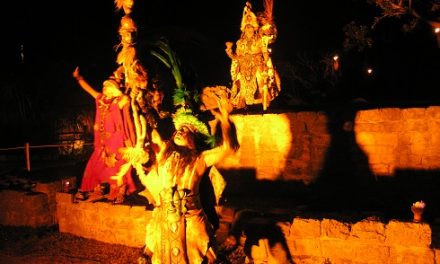 Hidden WEALTH and When to NOT BUY Precious Metals, Collectibles.